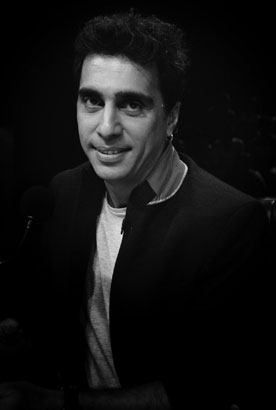 Ashley Lobo’s career in the performing arts comprises of over 32 years of experience in performing, choreographing, and teaching, both in India and overseas.

He trained in Australia at the Bodenweiser Dance Centre (under the late Margaret Chapple) and at the much-reputed Sydney Dance Company in Classical Ballet, Jazz and Contemporary styles of dance. He is also a qualified Yoga teacher.

He is the Founder & Artistic Director of The Danceworx Academy, which has studios in New Delhi and Mumbai. And he is the developer of Prana Paint & Flow™, a unique sensitizing approach that explores movement through connectivity, yoga, breath, and touch.

Ashley has choreographed extensively for stage and cinema with over 20 films and as many stage productions, so his choreographic style has a strong influence of cinematic techniques combined with clear narrative. In film and stage, he is known for producing work with a uniquely strong sense of connection, which he has developed through his Prana Paint & Flow™.

Ashley has also been a judge on India's Dancing Superstar, a competitive dance reality programme on Star Plus, a premium Indian TV channel.